Spoon rings are widely thought to have originated in England in the 17th century, when people began to make rings from table flatware. Rumour has it that, servants stole from the masters house to make rings from the cutlery. They couldn’t afford to buy engagement rings. Instead, they would steal a piece of flatware from the big house, and shape into into a ring for a marriage proposal.

It came to symbolise love and commitment and also an element of risk. As much of the cutlery was marked with the family crest or initials of the master, arrests were made and people charged with “stealing a silver spoon” or “larceny by a servant”. It’s the criminal records that allow us to track just how far back the spoon ring goes. It has been said that Robin Hood gave his beloved Maid Marian a ring made from a stolen spoon.

Given his penchant of stealing from the rich to give to the poor, this legend is not too hard to believe and truly romantic. The centuries old Welsh custom of giving “love spoons” that orignated in the 15th century shows the symbolic meanings of spoons. Each piece of jewellery is made from an original piece of flatware which shows its date and origin. It may not be perfect but you are wearing a piece of unique history and also recycling. 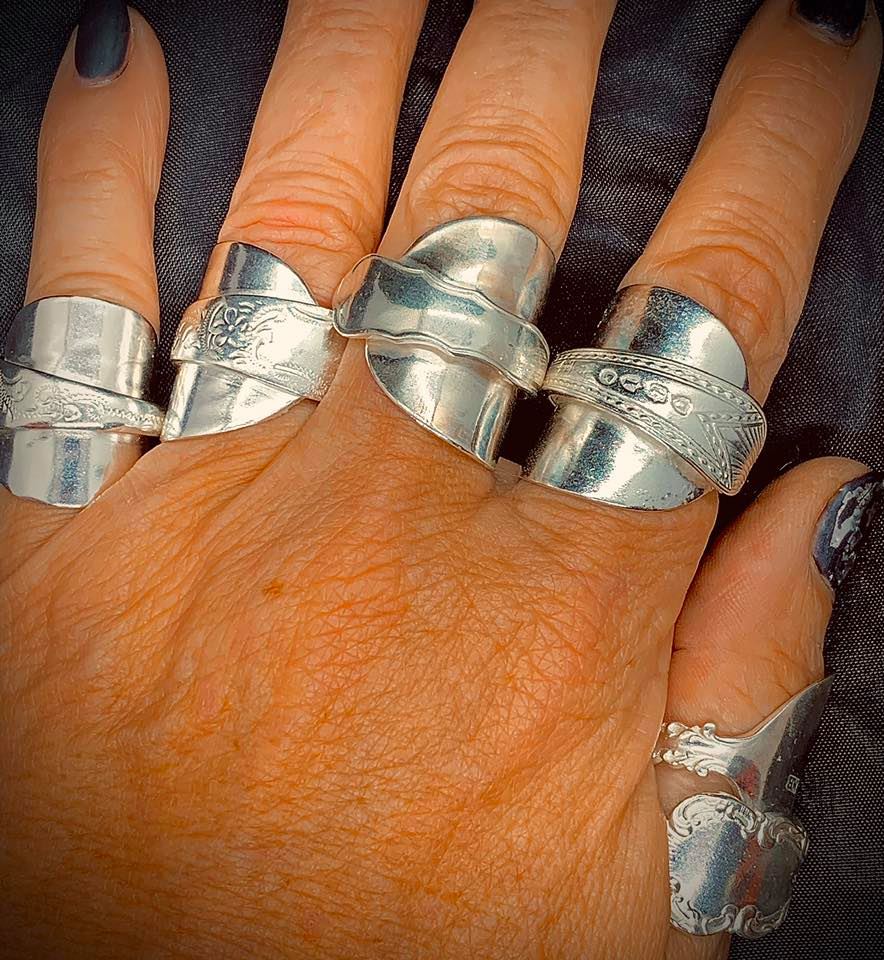 Signup To Our Newsletter

Be the first to know about our new items of jewellery, events and more by receiving our email newsletters

You have Successfully Subscribed!

I promise to keep your information safe

This website uses cookies to improve your experience while you navigate through the website. Out of these cookies, the cookies that are categorized as necessary are stored on your browser as they are essential for the working of basic functionalities of the website. We also use third-party cookies that help us analyze and understand how you use this website. These cookies will be stored in your browser only with your consent. You also have the option to opt-out of these cookies. But opting out of some of these cookies may have an effect on your browsing experience.
Necessary Always Enabled
Necessary cookies are absolutely essential for the website to function properly. This category only includes cookies that ensures basic functionalities and security features of the website. These cookies do not store any personal information.
Non-necessary
Any cookies that may not be particularly necessary for the website to function and is used specifically to collect user personal data via analytics, ads, other embedded contents are termed as non-necessary cookies. It is mandatory to procure user consent prior to running these cookies on your website.
SAVE & ACCEPT